The factors responsible for this sombre statistic are well documented. Two parts increasing rents combined with a shot of soaring business rates, mixed with a dash of rising wages and garnished with a smoking ban leads to a curiously sobering reality: widespread pub closures throughout our streets.

In truth, the above factors are only partly responsible for the public house plague sweeping the nation – I can confirm that there are further demons at work…

In the last 12 months alone, the Kinney Green Leisure team has had a truly unique plethora of weird and wonderful requirements pass over our desks. From laser tag to bridge bars, the 21st century social scene is evolving. Gone are the days of pub entertainment being a jukey and a pack of porkies, no, the discerning 21st century Londoner simply demands more.

Testament to this is the success of bars with an apparent focus; Flight Club and Bounce are perfect examples of this, where both darts and ping pong respectively take centre stage amongst an evenings festivities.

Social spaces such as the Pop Brixton’s or Boxpark’s of the world have created a new offering altogether. Not quite restaurant, not quite bar and certainly not club, this fourthspace has proven hugely popular for both retailers and punters alike. Pop Brixton, built on disused land in the heart of Brixton has provided a platform for budding chefs, bearded brewers and eccentric mixologists to hone their trade and peddle their wares to the dauntingly competitive market of central London. Success stories are plentiful; my favourite perhaps are the purveyors of Anglo-Indian delights, Kricket – a disruptive restaurant with humble beginnings in a poky Brixton stall to a critically acclaimed Soho stalwart enjoying a permanent queue outside its Denman Street doors.

The opportunity for creativity in the way we use and rebrand space is something I really love about our industry, and this creativity is never more apparent than in retail property. I for one cannot wait to peruse the coming offerings of the UK’s largest foodhall – a 36,000 sq.ft, 25 restaurant, 4 bar delight which is set to open in the now defunct BHS Oxford Street in the coming months, the brainchild of Simon Anderson of Pitt Cue Co. fame.

I digress. Let me go back to where I started.

Attitudes, fashions and demands are undoubtedly changing: joe public now wants an artisan Gloucester Old Spot Pork Pie with his small batch gin and tonic, a minimalist progressive bass line with his Caipirinha or a game of Buckaroo with his Guinness.

All of these things are wonderful, yet they do undoubtedly pose a threat to the good old fashioned local. Whatever your tipple, spare a thought for where it all began – pay a visit to your Rose & Crown, pop in to your Lamb & Flag and support your Red Lion, for the Boxpark’s of the world must coexist with the humble wood panelled locals.

Kinney Green Chartered Surveyors and Property Consultants are experts within the Central London Retail markets. Should you need any property advice, from business rates to lease renewals, please do contact Neil Warwick for professional advice. 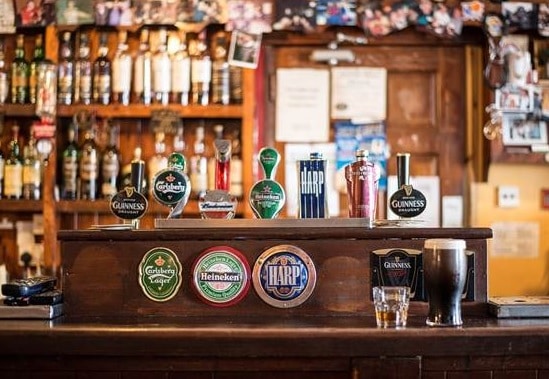